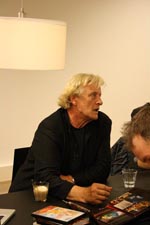 Planet Pulp: Can you name your three favorite roles?

Rutger: I would say… Fuck… Three… Four I can do. The first one is in my first film Turkish Delight. That one was from the heart. I discovered a huge audience that thought I was doing something right. It was a very controversial film and a beautiful love story. It was done perfect by Paul Verhoeven and it hit all Europe. And that was weird: It was in Dutch and with subtitles.

And then, of course, Blade Runner, which always will be the diamond. And then The Hitcher, an undercover diamond, ha, ha. And then The Legend of a Holy Drinker, which is very important to me.

Planet Pulp: Paul Verhoeven, Jan de Bont and you all moving to Hollywood. Was that “the Dutch movement”?

Rutger: Yes. And the screenplay writer Gerard Soeteman, the actress Monique van de Ven and Rob Houwer, the producer. So it was very unique. Six people from the same Dutch movie Turkish Delight started making more films together and some of us making big hits in Hollywood. The funny thing for Paul Verhoeven was that the audience loved him and the reviewers hated him. And that pissed him off.

The reason I left Holland was because I realized there was no way I could learn the craft of acting in Holland, because they do not make enough movies. And if I got a chance I would go work in America. And I did get that chance after Soldier of Orange (instrueret af Paul Verhoeven, red.) was released in the States. I thought: I will try it. I have an agent, a lawyer and a manager. And after a month in the States I got work.

And I have been extremely lucky, I don’t know why. Because it’s more about chance than about craft. And I never stopped working! More than 130 movies since 1969. I am getting to do more movies than most actors have done. And I was never going to be ”Americanized” – I am from Europe. That may sound like a cliché but that is how it works for me. 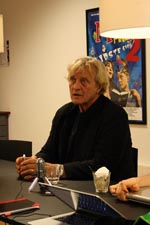 Planet Pulp: Can you name your three favorite movies that you are not in?

Rutger: I think I would have been a much nastier devil than Jack Nicholson in The Witches of Eastwick. I was very close to the role that Brandauer got in Out of Africa. He did a good job, but I swear I would have been better. But my favorites movies without me in it would be, without going to Google, Wings of Desire, Death in Venice and Fargo.

Planet Pulp: A lot of your movies can be categorized in the fantastic genres. Why?

Rutger: I do not know the reason. I will do anything if I think it makes sense – and sometimes I do things because they DO NOT make sense. My reasons for making a movie: Where is it? Do I have time? Does it sound like something I should do rather than somebody else? If it does not tickle me, I think another actor should be cast. And then there is the economy: If I do this and this, then I will be able to this third movie that I really want to make.

I was asked to play the captain in Das Boot. I read the script and thought it was boring: All the boy scouts in a submarine, boring! And if I had done Das Boot I would not have been able to do Blade Runner. Again: Chance. These are crucial decisions you just make. Who is gonna tell you if you a right or wrong?

Planet Pulp: Do you have a feeling, when you make a movie, that this is gonna be a good or a bad movie?

Rutger: A good movie you will feel. A bad movie you still hope will be okay. I have been on some movies that I knew would be bad and screwed up – sometimes there are five producers who all think they have the biggest dick, and they fuck it up. But it’s okay to make bad movies. It sucks, but it’s not a disaster. I make some shitty work… but so do you!

I ask this question to all my friends that are producers, actors, screenwriters, directors and so on: How many good movies have you made over the last 20 years? And they go: [silence]. Maybe they start with three or four good ones. But we all make some bad and nasty shit. So what? Failure is okay, you do not have to make an Oscar movie every single time!

Planet Pulp: But nasty shit can be fun to watch?

Rutger: Well, that’s another fan club! Hobo with a Shotgun is a great movie. And it’s a nasty movie. But for some it’s great. Nasty shit!

Seagal: Too old for this shit

Planet Pulp: In the 80s there was this movement with European action stars in Hollywood. Van Damme, Schwarzenegger, Lundgren and Hauer. In Denmark we had this series on VHS called ”Men of Action”. How was it to be in this action league?

Rutger: You don’t feel it. People make that system but I never felt I was part of it. I’m just doing my work. But there was a moment when they said: ”We like you and you could be a major movie star”. And that was before Schwarzenegger was offered the part in The Terminator. And I turned it down – a typical ”Rutger-thing”.

I liked the action when I could do it, and when I stopped being able to do it, I still liked it, but thought that someone else should take over. And now, when I am getting older, I have to move into another field. You have to grow with your age. If you are too old for that shit, it gets ugly: Take a look at Steven Seagal! I think I felt there was more than action movies to do for me as an actor. It’s like a voice that tells you to follow your talent. I think Blind Fury was my last real action movie.

Planet Pulp: Can you, in short terms, describe your approach as an actor?

Rutger: That’s a difficult question. But I have to feel, and believe that what I am doing makes sense. In many ways acting is ”posing as a character”. Models are posing for a shoot. And we are models for the characters. And the tricky part is that you need to create the illusion that you are not a model but that you are real. And that is hard work. You have to use your imagination and not act too much – that looks terrible and the audience will notice if you try to hard. You know, many actors try to be cool: You can smell it from a mile away and I feel so bad for them. Do not do it!

After Ladyhawke I thought that Flesh and Blood was a nice period piece with a whole different feel. And I thought the difference was very fun. After Soldier of Orange, I took on the role as an SS-officer in a Dutch film and people hated me for it. But that’s the true nature of an actor, to do different things, and that’s not for the audience to decide. That’s what I have to do: I have to fuck you up a little bit if I can. It’s fun.

Planet Pulp: You work a lot with the younger generation. What are your thoughts about that?

Rutger: You need to open up your mind. If you are too old to learn, change and discover new things I think it’s best if you find a place to die! I may be wise and old, but I still have to discover. Or else I’m not me. I am not done yet and I want to learn from younger people like you.

And I have learned a lot during my career and I want to give something back. So I started workshops and websites where people could learn something from me. And it takes a long time to get that sort of thing started. I think I can take people through an experience that took me, for instance, 20 years to learn. I get them to the right track and then I let them go. And that gives me a lot of pleasure. I started a short film festival four years ago, charity and all that, but I am giving stuff back to other people.

Sil won two awards at the short film festival – Ridley Scott and Christopher Nolan are in the jury. And I thought: This guy is great, I want to work with him. So, half a year later I found him in LA, and we basically said: We must make movies together! And after Alle for en, Stefan here in Denmark told me: ”If you want to make a short movie for us then let me know”.

And of course I did, and me and Sil had an idea. And so we made it! And it’s not about age: Sil and my brains are like half and half: Why is he saying what I was thinking? We work so good together. So it was very easy to make the movie. So much energy. I have a grandson who wants to be an actor but I can’t help him. I’m not gonna push him. He has to find his own way. I will recommend someone if I think they fit the part but not because they are my friends or family.

Planet Pulp: You have a very liberal approach to life, right?

Rutger: Yes. My base has always been liberal. Like my naked scene in Turkish Delight. I discover the world every day. It’s what I like. To discover new things. That’s what I did when I boarded a ship when I was 15 years old. The ”role” for me to play on the ship was not that great, a 15 year old mate that cleans up, cooks and gets fucked around. But it was my longing for discovery that led me aboard that ship. I longed for a new horizon. So, that’s basically what I am: Looking for new horizons.

Today my horizons are different, but I am still discovering new roles and so on. When I am out working, I want to get out and discover what the place is like. And when I am places I know, I want to see new places. I love the world. There is such much to see. And my profession as an actor gives me the opportunity to see a lot. That’s me. Longing for new horizons. 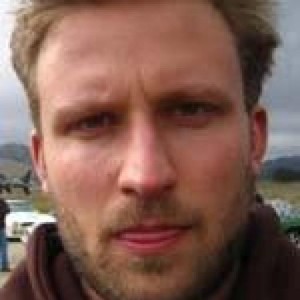